This is not good. If you have a Myspace account you may wish to start changing passwords.

Update:
This appears to be from some sort of phising scam. Some of the entries are pretty funny: 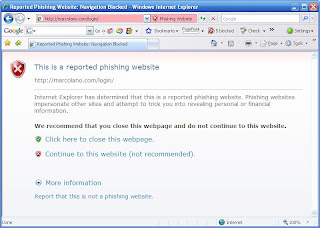 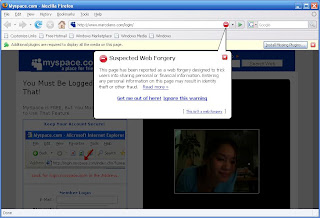 Update 2:
This is something I have wanted to look at for a long time but have never gotten around to it. I have been curious about the anti-phishing technology in both IE7 and Firefox 2.0. They both work but I have to say it did take Firefox a few moments before popping up the warning so if I was not paying attention and quick I could have attempted to login. The pictures above are a side-by-side comparison of the anti-phishing technology in both browsers (IE7 on the top, Firefox 2.0 on the bottom). Which is better? I would say IE because it wouldn't even display the page if it’s a phishing site but in the end it really is up to the user.