Five years ago, online magazine Slate broke a story about how DNS packets showed secret communications between Alfa Bank in Russia and the Trump Organization, proving a link that Trump denied. I was the only prominent tech expert that debunked this as just a conspiracy-theory[*][*][*].

Last week, I was vindicated by the indictment of a lawyer involved, a Michael Sussman. It tells a story of where this data came from, and some problems with it.

How not to get caught in law-enforcement geofence requests

I thought I'd write up a response to this question from well-known 4th Amendment and CFAA lawyer Orin Kerr:

Question for tech people related to "geofence" warrants served on Google: How easy is it for a cell phone user, either of an Android or an iPhone, to stop Google from generating the detailed location info needed to be responsive to a geofence warrant? What do you need to do?

(FWIW, I'm seeking info from people who actually know the answer based on their expertise, not from those who are just guessing, or are who are now googling around to figure out what the answer may be,)

First, let me address the second part of his tweet, whether I'm technically qualified to answer this. I'm not sure, I have only 80% confidence that I am. Hence, I'm writing this answer as blogpost hoping people will correct me if I'm wrong.

Of course you can't trust scientists on politics

Many people make the same claim as this tweet. It's obviously wrong. Yes,, the right-wing has a problem with science, but this isn't it.

If you think you don't trust scientists, you're mistaken. You trust scientists in a million different ways every time you step on a plane, or for that matter turn on your tap or open a can of beans. The fact that you're unaware of this doesn't mean it's not so.

First of all, people trust airplanes because of their long track record of safety, not because of any claims made by scientists. Secondly, people distrust "scientists" when politics is involved because of course scientists are human and can get corrupted by their political (or religious) beliefs.

And thirdly, the concept of "trusting scientific authority" is wrong, since the bedrock principle of science is distrusting authority. What defines sciences is how often prevailing scientific beliefs are challenged.

It's the second year of the pandemic and the DEF CON hacker conference wasn't canceled. However, the Delta variant is spreading. I thought I'd do a little bit of risk analysis. TL;DR: I'm not canceling my ticket, but changing my plans what I do in Vegas during the convention.

Many claim that "ransomware" is due to cybersecurity failures. It's not really true. We are adequately protecting users and computers. The failure is in the inability of cybersecurity guardians to protect themselves. Ransomware doesn't make the news when it only accesses the files normal users have access to. The big ransomware news events happened because ransomware elevated itself to that of an "administrator" over the network, giving it access to all files, including online backups.

Generic improvements in cybersecurity will help only a little, because they don't specifically address this problem. Likewise, blaming ransomware on how it breached perimeter defenses (phishing, patches, password reuse) will only produce marginal improvements. Ransomware solutions need to instead focus on looking at the typical human-operated ransomware killchain, identify how they typically achieve "administrator" credentials, and fix those problems. In particular, large organizations need to redesign how they handle Windows "domains" and "segment" networks. 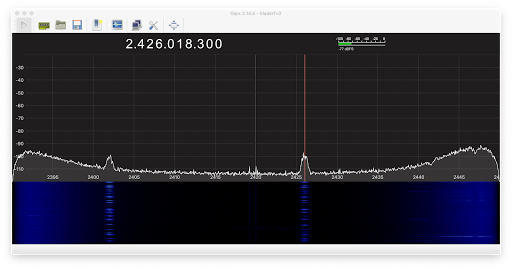 On Hacker News, this article claiming "You won't live to see a 128-bit CPU" is trending". Sadly, it was non-technical, so didn't really contain anything useful. I thought I'd write up some technical notes.

The issue isn't the CPU, but memory. It's not about the size of computations, but when CPUs will need more than 64-bits to address all the memory future computers will have. It's a simple question of math and Moore's Law.