The twitterverse exploded with accusations that Amazon caved to political pressure and stopped hosting http://cablegate.wikileaks.org. If you'll remember, on Sunday, the site was taken offline with a DDoS attack (where thousands of machines flood a victim with requests). Therefore, Wikileaks moved to Amazon's "cloud" servers, which should be immune to DDoS. However, Wednesday morning, Amazon canceled the account, and Wikileaks had to move back it's original servers. 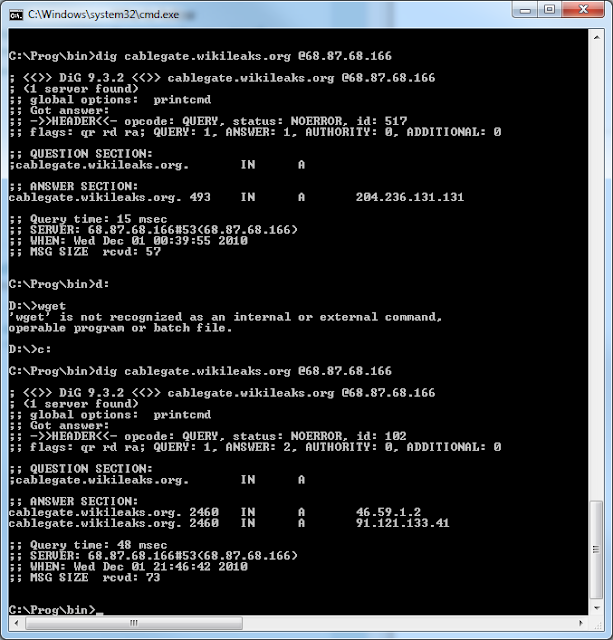 The next screen shows running 'wget' yesterday, and an attempt to run it this morning around 11am EST (to a site that wasn't up yet). Yesterday, 'wget' was successful using 204.236.131.131. Today, it failed on another Amazon cloud computer. 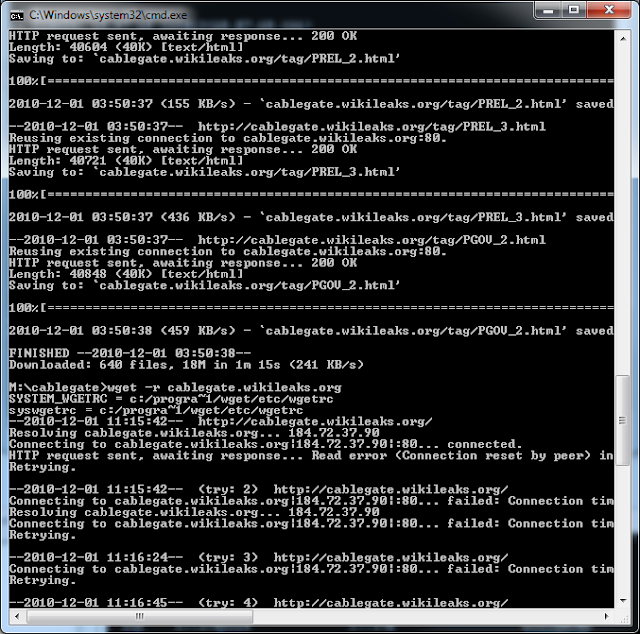 The reason it failed is probably because the DNS entry was stale, pointing to the old address while Wikileaks was transitioning to a new server. (This screen shows 'wget' from this morning around 11am, the previous screen shows 'dig' from around 10pm, after the DNS was updated).

Christopher Hoff has a theory that Amazon wasn't actually hosting the cables. I don't think he's right, but sadly, I can't prove him wrong either.

The reason I doubt him is the fact that my 'wget' shows that it grabbed the files from the server: 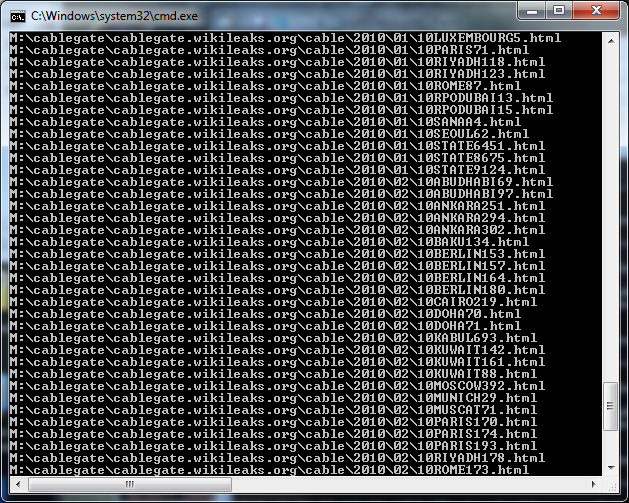 This isn't proof they were on the server. I'm not sure, but I think the Amazon server could have returned a "redirect" message that looks like:

In that case, the files could have been located on another server. The only way to prove where they actually came from is with a packet-capture file showing the packets streaming from an Amazon cloud address.

I have such a capture file, but sadly, it doesn't show precisely what I want. It shows getting some of the files in other directories, but none in the all important /cable/ directory. Here is the results filtered for the /tag/ directory. 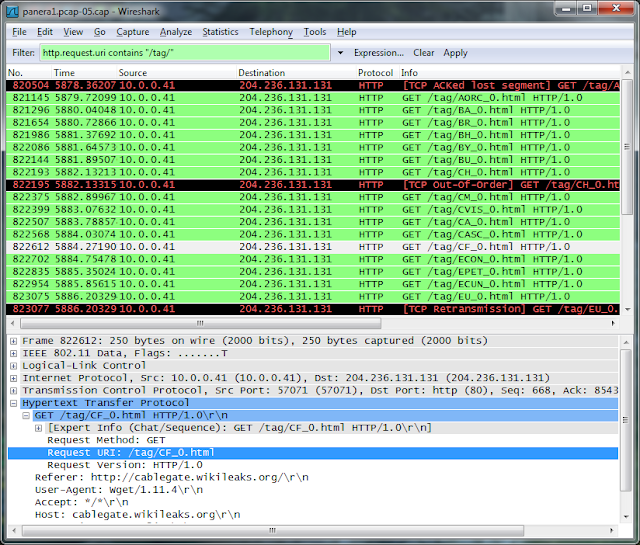 If we pick one of those transactions, we get the following response. As you can see, at least for the /tag/ directory, the files are hosted on Amazon. 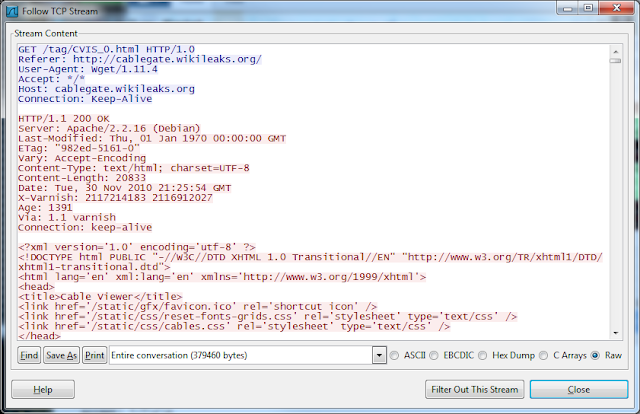 In my capture, all the files are hosted on Amazon's server, but sadly, the /cable/ files don't appear in my capture. The failure is due to the fact that in this case, I stopped 'wget' early while the packet-sniffer was running (I ran 'wget' multiple times). In that directory, there were no /cable/ files either.

In other words, I was running a packet-sniffer while testing wget, but when I ran wget for real (when it grabbed the cables), I wasn't running the packet-sniffer anymore.

In the absence of any other information, I believe strongly that Amazon was hosting the cables. On the other hand, I couldn't prove it beyond a reasonable doubt. If Amazon claimed they were doing 302 redirects on the /cable/ directory, I'd believe them.

A site I like a lot for quick DNS inspection:
http://www.whatsmydns.net/#A/cablegate.wikileaks.org

For a quick lookup of some [inconsistent] hosting history:
http://uptime.netcraft.com/up/graph?site=cablegate.wikileaks.org