We already know you are a sellout, we are just negotiating price

The NSA (the real spies) are going to DefCon (the world's largest hacking convention) to recruit hackers. This post urges you hackers not to sell out:


Except you hackers are already sellouts. Hackers complain that the United States does bad things in order to ensure a smooth oil supply, but then they fly or drive to Las Vegas for DefCon. In the hacker's mind, they are not to blame for burning oil, companies like BP are to blame for selling them the oil. While at DefCon, hackers consume vast amounts of electricity and water -- in the middle of a barren desert. Even the cheapest Vegas hotels are more luxurious than "nice" hotels in the third world. Hackers enjoy all the benefits of a peaceful, prosperous society created by our government and corporations, while complaining about how those benefits are obtained.

It's like that famous joke: A guy goes up to a beautiful woman in a bar. He asks her "Would you sleep with me for a million dollars?". She says yes, she would. He then asks "Will you sleep with me for $50?". She slaps his face, saying "What do you think I am?". He says "We already know what you are, we are just negotiating price".

We already know hackers are sellouts, it's just a matter of negotiating price, finding out what hackers are willing to sacrifice their principles for.

While selling out your principles on the small things, your don't understand the big things. The typical DefCon punk has a distorted view of the world that is one large conspiracy theory. But the world is not so black and white, but shades of gray. You'd see that with a few classes in economics or political science, or by reading books.

There are many good books. The latest one I read is The Interrogator, written by a CIA interrogator of "high value targets" that were subjects of "extraordinary rendition" to "black sites". The author, Glenn Carle, sharply criticizes the Bush administration and its abuse and torture of such prisoners. This sounds exactly like your little conspiracy theories, but it isn't. Instead, Carle is respectful of the CIA and clearly for the "Global War on Terror". The situation is not black and white, but shades of gray. 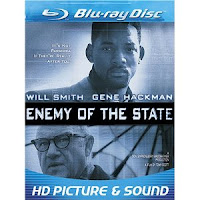 Likewise, the NSA is not the rogue agency depicted in The Enemy of the State. The NSA (mostly) doesn't spy on Americans. It operates under strict control of the executive branch. Certainly, President Bush relaxed those controls a bit, allowing the NSA spying to leak over into our borders, which is probably unconstitutional, but it's not the evil conspiracy you imagine.

The fact of the matter is that you'll compromise your principles less biking to work at the NSA than you will driving to work (gasoline or electric) at any other job.

The biggest downside working for the NSA isn't being a sellout, but working for a bureaucracy. Yes, you'll get to work on exciting projects, but most of your efforts will be the mind numbingly dull tasks, such as filling out paperwork. Ironically, much of that paperwork will be dealing with the checks and balances to prevent you from hacking Americans.

More to the point, if you ever see something where the NSA truly is doing something unconstitutional, then you have the chance to do something about it. Quit your job and become a whistleblower. It would be sad indeed if the only people who worked for the NSA were those who were willing to sacrifice their principles and go along with any activity, no matter how illegal.

Some of the prerequisites to ably distinguish shades of gray are:

- experience
- patience
- open-mindedness
- willingness to listen to and carefully weigh all perspectives
- desire to create an inclusive outcome (versus "I win, you fail")

Most of these are hard to accrue in Internet time. Look at how the Internet community "engages". Are we nurturing any of these?

You are right. It's usually "experience" that teaches you that things are not nearly as black and white as you thought, but of course, it takes time to get experience.

One way to jump-start that is "debate". I joined the speech/debate team. It's because I could imagine nothing more frightening than getting up in front of a crowd and speaking -- which meant I had to join the team.

I though winning debates would be easy: you just had to choose the "right" side. If the debate question was "should the U.S. water board Al Qaeda suspects", then winning that debate would simply be a matter of choosing the right side.

But, you aren't allowed to choose a side. You are expected to be equally good debating either side. Moreover, you can't debate by saying something is true, but by citing the source of that fact.

I'll bet that most hackers believe that water boarding Al Qaeda suspects is wrong. But I'll bet fewer can cite any references to support their conclusion, and that fewer still could equally debate the other side.

I was still an insufferable punk when I was young, but I hope my experience with debate made be somewhat less insufferable.

As for "open-mindedness": everyone believes they are open-minded for recognizing the truth, and that those who oppose them are closed minded. The mark of an open-minded person is somebody who doesn't insist that I be more open-minded to see their point of view.

Thanks for your post. I agree with the spirit of your criticism, if not with its scope. Every truth dies of exaggeration.

1) There is no typical DefCon participant - from inspection and prior belief, the distribution is most uniform on gender. The other dimensions (age, profession, political leanings, social strata, income) run the gamut. An amorphous old school JS MIll liberalist bent (not the degenerate and desiccated leftism that is called liberal today) I will grant. I do not believe you can draw any inferences based on the holier than of self appointed ethics enthusiasts (whose pride and personal psychological torment infuse much of their incoherent stances)

2) The letter's thrust is best answered by TDR: http://pastebin.com/9hYh5Emi

3) I remembered the joke you quote as attributed to Shaw (bc of his acerbic bon mots); however, the provenance is murky: http://www.barrypopik.com/index.php/new_york_city/entry/what_kind_of_woman_do_you_take_me_for_madam_weve_already_established_that_c/

The previous poster's point is the most important one: Internet time is anathema to critical thinking which exacts discipline and patience from the learner. Reading skills and disposition have deteriorated to an extent that would have been unimaginable 10-15 years ago : http://www.awpwriter.org/pdf/mburriesci01.pdf

This is a bullshit argument, and exactly equivalent to the argument that you can't complain about the war in because you benefit indirectly from it.

If we lose our right to vote with our tongues simply because of context, then we have no freedom at all.

If you live in a culture like ours that involves living in heated homes, driving to work over large distances, or eating imported yogurt from a plastic tub, it's really, really difficult to maintain any level of idealogical purity.

You say this "equivalent to the argument that you can't complain about the war in because you benefit indirectly from it".

No, it's because you benefit DIRECTLY from it. Every gallon of gasoline you burn requires an oil company to pump it from the ground, which is inherently environmentally unfriendly. Out of every dollar you pay for gas, a large part goes to propping up a corrupt government like Saudi Arabia, Nigeria, or Venezuela.

Another one of these "You participate in the dysfunctional society, therefore you cannot criticize it. you may only criticize it if you move to Montana and live as a recluse in a log cabin. Otherwise you are a hypocrite."

That is a very poor argument. Yes, living in this society means participating in ruining the environment, enabling a war industry, etc. But, that does not mean one should not criticize BP or try to change society. Those criticizing BP --while taking their flights to Defcon and driving their oil-consuming cars-- are participating in necessary evils (all the while doing what they can to minimize their contribution to them). It does not mean that one then has no right to speak of the biggest participants in these evils.

I'm not saying "you lose the right to criticize it". I'm saying you are a less of a sellout biking to work at the NSA than driving to work at another employer.

Bush didn't start bypassing FISA to wire tap Americans. Clinton authorized a warrantless search of someone's home inside the borders and nobody complained back then. The politicization only started against W Bush.

And regarding the "domestic" wiretaps, those were international phone calls. The dispute is caused by the fact that those taps occurred on domestic soil rather than on foreign soil. Had the *exact same phone call* been tapped on foreign soil (at greater risk and expense), then nobody would be calling it "domestic wiretapping".