In the Twitter future, everyone will be famous for 15 seconds 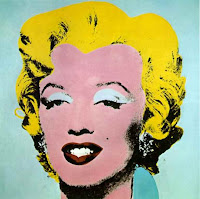 In the old days, when a blogpost got picked up ("slashdotted"), I'd see heavy but steady traffic for days. These days, I see frequent "spikes" of traffic that last for only a few minutes, which then decays. It's how fast that spike decays that's interesting.

The spikey nature of traffic comes from social-networking. People's Twitter and Facebook update several times a minute. When something gets posted at the top, it'll scroll off the bottom a few minutes later. When somebody with a lot of followers links to my blogpost, I'll see a spike of traffic for as long as it stays visible, with traffic decaying quickly as the tweet scrolls downward.

You can see that in the graph of traffic related to my previous blogpost on the hacker group known as "#Anonymous". I've labeled the graph as to the source of the various spikes.

Traffic started on Twitter has my the post traveled through my social circle. Then, Reddit picked up the post in the /r/netsec group. Then somebody posted it to StumbledUpon. Then came the weekend. That's always a low period for blogposts: people spend most of their time on social networking during work hours, but not at night or on weekends. Then Monday, the post picked up internationally. The source of those incoming hits were mostly from foreign language news sites, as well as a Russian and Spanish social networking sites.

Like most sites, I have social-media bar. Mine looks like the following image (not the real bar):


Here is the graph a day later. In this we see two more very sharp pulses.

This says a lot about @YourAnonNews, that while they have 500,000 followers, that their followers only see the Tweets for a short window before they scroll away.


For comparison, here is graph of what the Slashdot effect used to look like, where it would take hours instead of minutes for traffic to decay:

I usually read your posts in the RSS feed, but dropped in to tell you this :)