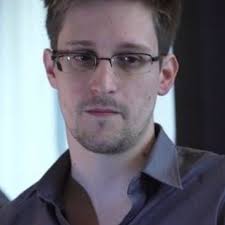 People are asking if Edward Snowden (the NSA leaker) is libertarian. My answer is "probably".

We libertarians have a sort of "gaydar", we can spot fellow libertarians even when they say things that are completely neutral and non-political. Back in the day, I was in the "libertarian-closet", and tried to hide my wacky feelings for limited government. I tried to talk and act like everyone else. However, other libertarians could tell my true self. I never understood how that was possible.

Now that I've gotten older, I've discovered that I've got libradar, too, and can often recognize my fellow wackos. I can't say consciously what makes me feel that Snowden is libertarian, but I get that vibe from him.

You should read more about hackers and programming on this blog before judging him
http://chriscs7.blogspot.com/

How can you tell if someone is a libertarian? Simple: straight, white, male. There you go. You guys have nothing to gain politically from the left, so your survival instincts tell you to go elsewhere. The left focuses all its attention on women, gays, and minorities. But a lot of straight, white guys want to have fun, so conservatism is out. Ergo: libertarianism.

Yeah he's such a libertarian he worked for a company (Booz Allen) whose only source of revenue is the American taxpayer. Yeah... sounds like a 'libertarian' to me!