Vote for my short story! 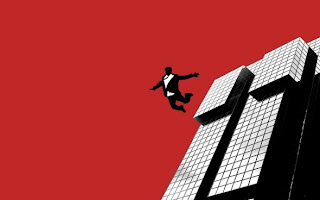 This years conference, DefCon 21, has a short story contest. I entered a story called Demo Demons. Go read it, and if you like it, go vote for it (story #13389). Since only about 20 people have voted so far, even one vote matters (remember, to vote, you have to first create a DefCon forums account).

The thing that's interesting about my story is that a lot of it is drawn from my experiences over the last 15 years as a "hacker" who speaks at conferences. The title, demo demons, is the phrase we speakers use to refer to the fact that our hacker demonstrations always go awry, no matter who well we practice. Conversely, I've given demos where I've inadvertently been too successful -- capturing too much information and showing it to the audience.

One of my experiences is dealing with the FBI. When they were threatening me once, while talking about "vulnerabilities", an FBI agent said "we don't know what that is, we don't have a Ph.D. in computer science". So, I put that sort of experience into the story.

There are lots of tidbits that you people may recognize. For example, the story refers to female cryptographer who does a surprising crypto trick. That's obviously in reference to a cool trick that Nadia Henninger did. So, if you read bits and wonder if I'm refering to something, the answer is that I probably am.

My point is that even though this is my first attempt at creative writing, and it was written quickly in a week to meet the contest's deadlines, it's worthwhile reading to understand the point-of-view of the hacker culture.


By the way, I'm interested in feedback. I'd like to flesh out this story a bit more, and maybe make a series of similar stories, and publish as an ebook. So I'd appreciate comments like: