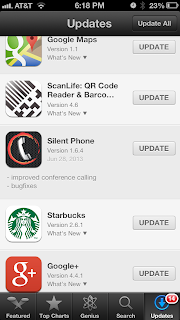 When did we start trusting bad code? -- When have we had any other choice? How much good code is there to trust?

In answer to the above question: the issue isn't so much the code itself, but the vendor's responsible handling of vulnerabilities in the code.

Of course, for this to work, we have to stop rating companies on how secure their code is by counting the number of security advisories they issue. Otherwise, there is a real incentive to paper over security bug fixes.

It's worth pointing out that things are necessarily as simple as they seem. I'm not going to defend code I haven't seen, but the fragment shown - whether the actual original code at the end, or the simplified example - might be fine. You really have to know the context.

The number of bytes being copied isn't "anything an attacker wants to insert". It's a unsigned short - at most 65535 bytes. Given current machines, that's a fairly small amount of memory. The surrounding code could be organized to guarantee that there's always 65K of "safe" space. For example, I've written fast copying code where one uses malloc() to allocate a large (say, a couple of meg) buffer and then sub-allocates sequential segments until there's no room left. Allocate "a couple of meg usable plus 65K ignored" and code like this is safe and maybe even reasonable.

Consider the repaired code. Is it definitely safe? Hardly: It's simply assuming that the passed pointer points to a memory region with some pre-defined constant number of bytes that can be safely written to. Is that assumption checked? How? Why is it inherently a better assumption than that there's always 65K of space that can be safely written to? Conversely, why is it safe to assume that the input length is correct - even if short enough to fit in some fixed output buffer? There have been (multiple) bugs in which an input length was fiddled leading to sensitive data located just after the intended input made it into an output buffer.

Ideally, assumptions should be checked in small, centralized pieces of code. C++ has all sorts of issues when it comes to secure programming, but if you (say) defined a vector type with a length, you can make sure that the amount of memory allocated to the vector really is consistent with that length at that all accesses are properly bounds-checked. (Assuming that the code doesn't play nasty casting games - checkable - and that the compiler generates correct code, a much safer assumption than many others!)

Suggest you go read up on what "Smashing the Stack" means.

the memcpy thing is a buffer overflow, yes. But it's not smashing the stack.

Speaking of reading, maybe, just maybe, before someone tells someone else to go read something, they should read it themselves.

Yes, the memcpy code can (assuming, as other have said that the surrounding code doesn't prevent it in some way) be used to cause a buffer overrun. A buffer overrun that can be exploited do smash the stack.