If anything, Bitcoin is inflationary 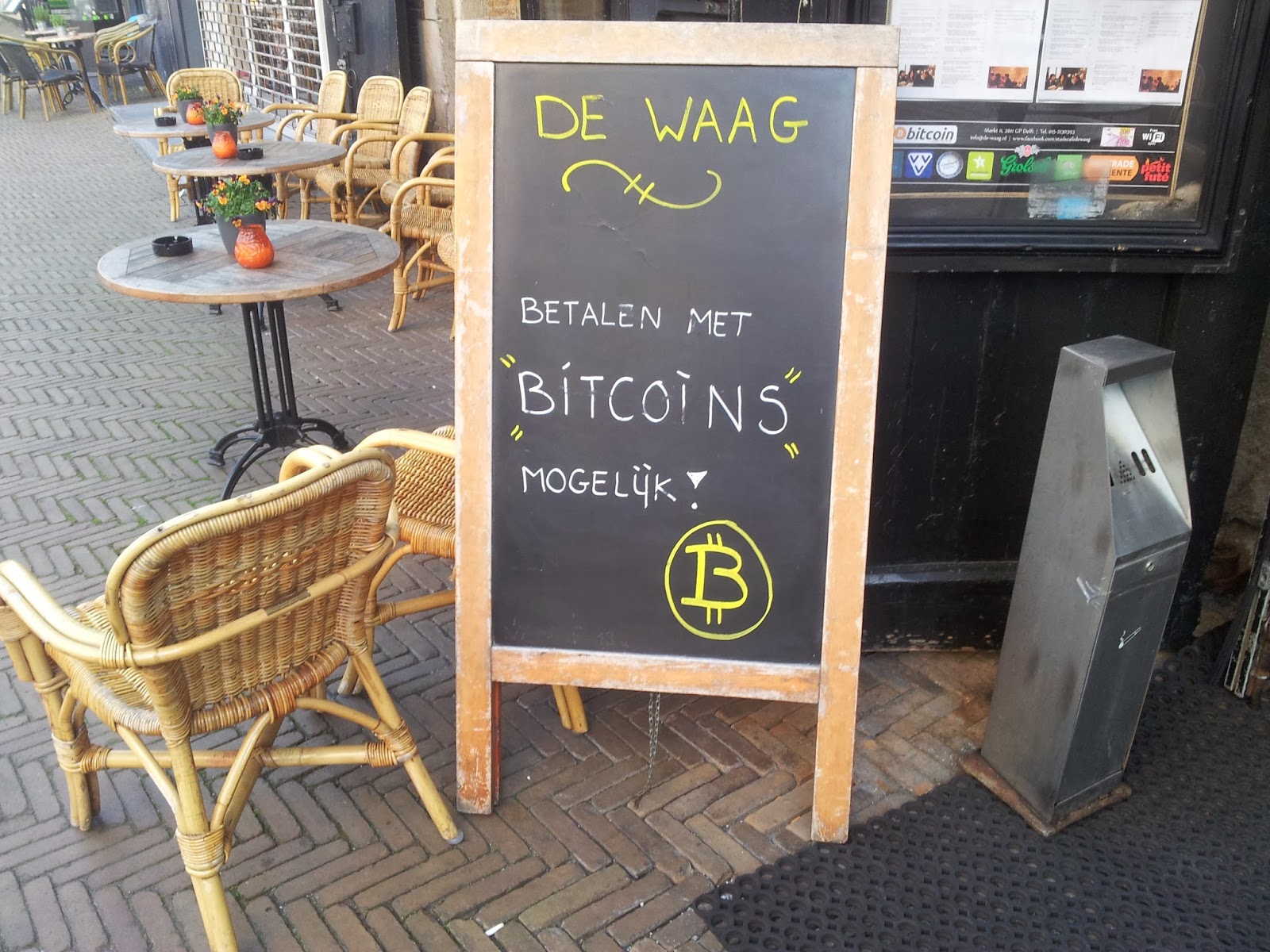 Bitcoin fails as a form of "money" according to how economists look at money. This has lead many economists to conclude that Bitcoin will fail. What it really means is that economists need to change how they look at money.

The Internet is the history of disruptive innovation. The telephony system had evolved slowly for over a 100 years, then the Internet came along and changed everything. The old engineers, steeped in telcom lore, unwilling to challenge old assumptions, claimed that the Internet would never work. And, according to their principles, it doesn't. For example, when I use Facetime with my brother who lives in Japan, there is a lot of "latency" or "lag" between when I say something and I see my brother react. That's what the old telcom engineers warned us about: the "packet switching" nature of the Internet would cause unpleasant lag in telephone calls.

But did I mention my free video call, in high definition, from my iPhone in the United States, to his iPad in Japan? That this works at all, and so cheaply, is inconceivable according to old telcom principles. No matter how right the old telcom engineers were, they were still obsolete. Nobody cares about their old principles; the Internet is a whole new set of principles of free, world-wide, high-speed connectivity.

Old economists have the same problem as old telcom engineers. What economists say about Bitcoin is correct, after a fashion, but it's obsolete.

For example, a major critique of Bitcoin is that there is a fixed supply (21 million coins), and thus can't expand to accommodate demand. This causes the value of Bitcoin to rise ("deflation"). This in turn encourages hoarding (why spend the coin when it'll buy twice as much tomorrow?). And this in turn causes the value to rise even further. This means nobody will be able to buy anything using Bitcoin because everyone else will be hoarding them.

That's true for normal currencies, but not true for Bitcoin. The idea that hoarding money makes it unavailable only applies to physical money, because you can't move it around and subdivide it. This doesn't apply to electronic currency, because somewhere in the world you can always find somebody willing to part with a billionth of a coin so that you can use it to purchase something. Hoarding has no effect on the "supply" (sic) of money available for transactions.

Well, another reason hoarding is bad is because it causes volatility. As people hoard Bitcoin, a bubble forms, a sort of ponzi scheme driving up the value until the music stops, after which the price collapses. Such volatility makes it too impractical to use as money.

Again, volatility matters more for physical currency than electronic currency. Volatility is only a risk for the duration that you hold onto the currency. This matters, for example, if you need to save money to pay rent at the end of the month. But, in a fully liquid electronic system, such timing goes away. Instead of a monthly, weekly, or even daily wage, you could get paid once per second. The incoming pennies every second can then automatically be spent every second on rent, food, gasoline, and so on. Even in situations like Zimbabwe's trillion-percent inflation, earning/spending electronic money on a 1-second timeframe means volatility doesn't much matter.

Bitcoin's timeframe is around 10-minutes for transaction, so volatility matters somewhat more. But here's the thing: the amount payment processors charge for Bitcoin is less than what they charge for credit cards like American Express or Visa. The total risk associated with Bitcoin, including volatility, is still less than the total risk associated with other payment methods. And in any case, a recent study has shown that Bitcoin volatility has been steadily decreasing.

So we've proven that Bitcoin's deflationary issues don't matter, but here's another thing: it's not even deflationary.

People have done all these things. There are a vast number of "Bitcoin" things running around.

For example, "Bitcoin mining" can now only be done by those who invested a lot of money in custom silicon chips ("ASICs"). It takes two years to create a new chip, so only enthusiasts who invested two years ago can profitably mine Bitcoins today. However, many forked Bitcoin variants use different mining incompatible with these chips. You can still mine these "alt-coins" (as they are called) using a desktop computer with a graphics card. I do this. I mine whichever alt-coin is more profitable at the moment, and then exchange them for true "Bitcoins" at the end of the day. Thus, I'm earning about 0.02 Bitcoin per day (about $10) through mining -- but without directly mining Bitcoin. This demonstrates that more "coins" are being created than just the 21 million limit on Bitcoins.

Some of these alt-coins, namely Litecoin and Dogecoin, can be used to buy things online. For a payment processor, or online trading site, handling multiple types of coins is as easy as handling one. If Bitcoin is volatile and has a high risk premium, a buyer could easily switch to Litecoin, which might have a lower premium. If more people would use Litecoin, then that means fewer people would use Bitcoin, and that the value of Bitcoin would drop.

QED: Bitcoins are inflationary in the long run.

So it's not about Bitcoin, but the entire ecosystem of alt-coins that needs to be evaluated for inflationary or deflationary tendencies. On the whole, the system is inherently inflationary (anybody can fork the system at any time), but it depends upon the willingness of payment processors and customer to use new kinds of coins.

What we see here is that old timers (the economists) are right on every principle, that a physical currency limited to 21 million coins would be inflationary, volatile, and unusable as money in the economy. But, they are ignoring how online currency changes those rules, and that Bitcoin isn't a single currency, but an entire ecosystem. For economists to be right, they have to hold onto their immutable principles for old currencies and ignore all the innovation happening online.

Nobel Prize winning economist Paul Krugman opined back in 1998 that "by 2005 or so, it will become clear that the Internet's impact on the economy has been no greater than the fax machine's". After being mocked for that, he gave this rebuttal:

"I don't claim any special expertise in technology... The issues about Bitcoin, however, are not technological! Everyone agrees that it's technically very sweet. But does it work as money? That's a very different kind of question." -- Paul Krugman, from Business Insider

But he's wrong. That Bitcoin is technology has everything to do with whether Bitcoin works as money. It's like old time telcom engineers who claimed that while they didn't understand computer networking, they didn't have to, because it was long distance transmission of data that mattered, regardless whether it was computer data or voice data.

Consider my claim that the Bitcoin-ecosystem is inherently inflationary. Let's take that to the logical extreme and assume that anybody who has Bitcoin gets rid of them as fast as they can, as they would any inflationary currency. They only acquire Bitcoin if they can immediately spend them. If that's the case, and assuming that Bitcoin accounts for 10% of the U.S. underground economy, then the value of Bitcoin comes out to one penny, or 1¢, or $0.01. It's simple math, taking the $2 trillion underground economy (IRS estimate) and taking into account the 10 minute transaction window enforced by the Bitcoin protocol.

I arrive at this 1¢ value by technology, now explain it with economics. I'm pretty sure squaring the two will discover something new about the properties of money, all monies, that economists hadn't considered before, at least, been able to convincingly prove. I predict that in 20 years (these things take time), some economists are going to win Nobel Prizes for their theories on cryptocurrencies.

The technology of decentralized cryptocurrency is here to stay. It'll be used by those dissatisfied with existing currencies (namely, the underground economy unhappy with the surveillance mandate placed on existing money). Instead of poo-pooing this technology claiming it won't work, the successful economist is going to be one that analyzes it, gathers data, and explains why it does work.

Ericlaw said...
This comment has been removed by the author.
3:08 PM

Err... hasn't the phone system used packet-switching since the 1970s?

No, the phone system is still based on circuit switching.