There has been some debate over Halloween costumes, whether ISIS terrorist garb or hazmat suites are appropriate. Of course they are. Culture responds to current events; everything is fair game.

An example of this are Afghan "war rugs", as pictured below. The one on the left is in response to the old Soviet invasion, and the one on the right is in response to the post-9/11 invasion by the U.S. Rug weavers incorporated things from their environment into the rugs. In particular, the design of the rug on the right comes from leaflets we carpet bombed the country with before invading them. 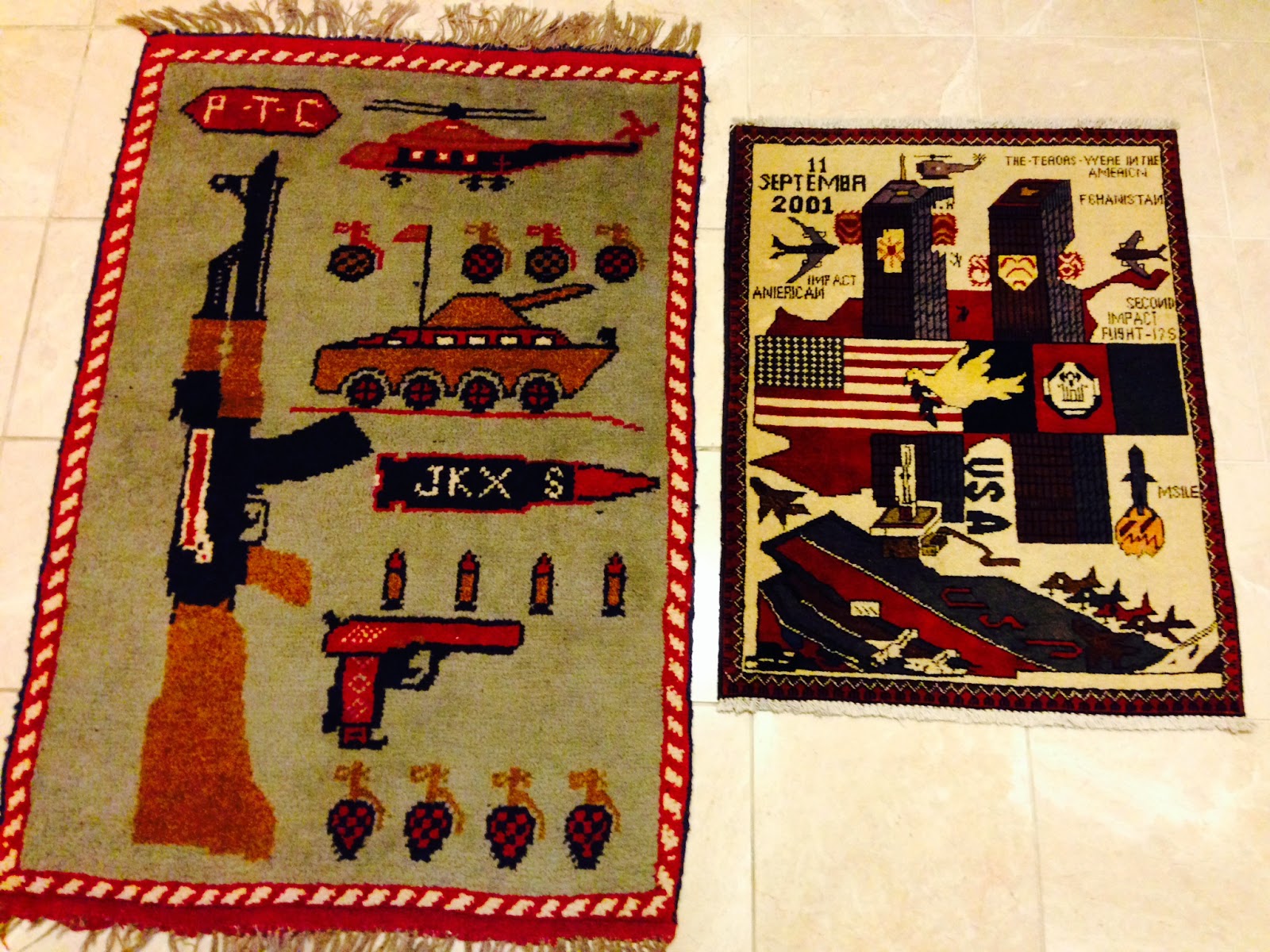 Indeed, the entire "Halloween" theme is about death. It's just that it got incorporated in our culture long before the Internet enabled wimpy nitpickers from debating what was, or wasn't, appropriate. I'm not sure if the holiday would've survived in the modern politically correct climate.