Glossing over fundamental legislation flaws in favor of quick fixes only serves lawyers and lobbyists.  In this guest post, friend of Errata Elizabeth Wharton (@lawyerliz) highlights the importance of fixing the underlying technology concepts as Georgia’s anti-drone legislation continues to miss the mark and kill innovation. 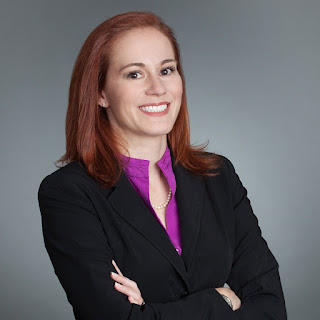 Georgia's proposed anti-drone legislation, HB 779, remains on a collision course to crush key economic drivers and technology innovations within the state.  Draft revisions ignore all of the legislation's flawed technical building blocks in favor of a series of peripheral provision modifications (in some cases removing entire safe harbor carve-outs), making a bad piece of legislation worse for Georgia's film, research, and aviation technology industries. Only the lawyers and lobbyists hired to challenge and defend the resulting lawsuits benefit from this legislative approach.  Georgia should scrap this piece-meal, awkward legislation in favor of a commission of industry experts to craft a policy foundation for unmanned aircraft systems within Georgia.

Band-aid technology policy approaches skip over the technical issues and instead focus on superficial revisions.  Whether a company is prohibited from flying over a railroad track in addition to a road becomes a moot point when the definition of "image" results in banning all non-government contracted flights (regardless if business or recreational).  As outlined in my earlier post, failing to address the legislation's underlying mechanics is gambling with Georgia’s economic growth and educational research.

In bill-making as in software development, patch the vulnerabilities and fix the kinks before the product goes live.  Glossy packaging cannot cover for a product that fails to deliver.  HB 779-alpha version blindly followed a legislative course chartered in a handful of other states, built on a misunderstanding of the basic technology used in unmanned systems and as used in the broader interconnected "internet of things." Minor definitional revisions and tweaks, such as excluding replicas of weapons like those on a Star-Wars themed drone and exempting military research,  within substitute HB 779 (HB 779S) do not address the legislation's core technical flaws.

When an image is more than an image, it costs Georgia billions of economic dollars.

Defined terms in HB 779S must be tailored to fit the technology surroundings and underlying issues to avoid a complete shutdown.  With the latest round of HB 779S revisions, capturing any images (as is broadly defined) via unmanned systems is barred unless the commercial use meets a shorter and stricter list of exceptions.  Gone is even the ability to obtain permission from the individual or property owner whose “image” was captured. Prohibiting the capture of every signal, every transmitted or received data point under the definition of “image” means that flying drones for fun, to inspect utility and infrastructure, for filming movies, and in farming operations are all grounded. The broad "image" definition combined with zero exemptions for hobbyists, including first person view (FPV) racing enthusiasts,  effectively ban all indoor and outdoor recreational flights.  Until legislators address core definitional concepts, entire uses of unmanned systems and their safety and cost-saving benefits are grounded within Georgia.

A new bill introduced in Georgia's Senate sharply pivots away from HB 779S' haphazard approach, looking instead to industry experts and experienced stakeholders to direct Georgia's unmanned systems policies. Senate Bill 325 would create a commission comprised of appointed representatives from government, law enforcement, the unmanned systems technology industry, and the aviation industry to craft recommendations and guidance.  SB 325 takes a page from states that are acing the technology test.  Similar to industry commission efforts underway in Alaska, Hawaii, Illinois, and Virginia, SB 325 refocuses attention onto creating a workable policy framework built on a technical foundation instead of reactions to the latest viral drone video.

Sometimes you have to know when to fold, when to walk away, and when to run. Georgia should run from the ill-conceived hodge-podge of superficial revisions to HB 779S in favor of specialized technical recommendations.  Get the basics squared away before grinding entire industries and economic drivers to a complete stop.

[Update: HB 779S has downgraded the Millennium Falcon from a weaponized drone felony to a possible civil action depending on any collected RF data.] 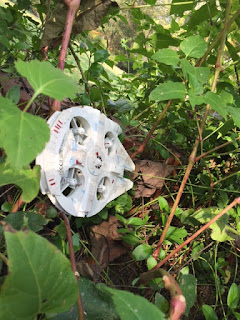