Today, Trump posted this video proving Google promoted all of Obama "State of the Union" (SotU) speeches but none of his own. In this post, I debunk this claim. The short answer is this: it's not Google's fault but Trump's for not having a sophisticated social media team.

The evidence still exists at the Internet Archive (aka. "Wayback Machine") that archives copies of websites. That was probably how that Trump video was created, by using that website. We can indeed see that for Obama's SotU speeches, Google promoted them, such as this example of his January 12, 2016 speech: 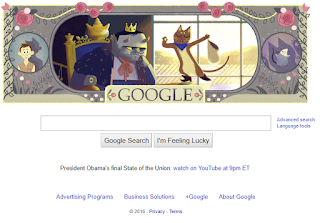 And indeed, if we check for Trump's January 30, 2018 speech, there's no such promotion on Google's homepage: 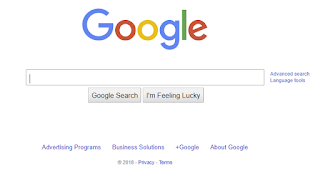 But wait a minute, Google claims they did promote it, and there's even a screenshot on Reddit proving Google is telling the truth. Doesn't this disprove Trump?

No, it actually doesn't, at least not yet. It's comparing two different things. In the Obama example, Google promoted hours ahead of time that there was an upcoming event. In the Trump example, they didn't do that. Only once the event went live did they mention it.

I failed to notice this in my examples above because the Wayback Machine uses GMT timestamps. At 9pm EST when Trump gave his speech, it was 2am the next day in GMT. So picking the Wayback page from January 31st we do indeed see the promotion of the live event. 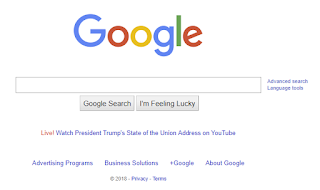 Thus, Trump still seems to have a point: Google promoted Obama's speech better. They promoted his speeches hours ahead of time, but Trump's only after they went live.

But hold on a moment, there's another layer to this whole thing. Let's look at those YouTube URLs. For the Obama speech, we have this URL:

For the Trump speech, we have this URL:

I show you the complete URLs to show you the difference. The first video is from the White House itself, whereas the second isn't (it's from the NBC livestream).

So here's the thing, and I can't stress this enough Google can't promote a link that doesn't exist. They can't say "Click Here" if there is no "here" there. Somebody has to create a link ahead of time. And that "somebody" isn't YouTube: they don't have cameras to create videos, they simply publish videos created by others.

So what happened here is simply that Obama had a savvy media that knew how to create YouTube live events, and make sure they get promoted, while Trump doesn't have such a team. Trump relied upon the media (which he hates so much) to show the video live, making no effort himself to do so. We can see this for ourselves: while the above link clearly shows the Obama White House having created his live video, the current White House channel has no such video for Trump.

So clearly the fault is Trump's, not Google's.

But wait, there's more to the saga. After Trump's speech, Google promoted the Democrat response: 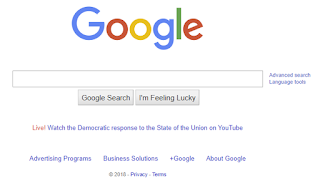 Casually looking  back through the Obama years, I don't see any equivalent Republican response. Is this evidence of bias?

Maybe. Or again, maybe it's still the Democrats are more media savvy than the Republicans. Indeed, what came after Obama's speech on YouTube in some years was a question-and-answer session with Obama himself, which of course is vastly more desirable for YouTube (personal interaction!!) and is going to push any competing item into obscurity.

If Trump wants Google's attention next January, it's quite clear what he has to do. First, set up a live event the day before so that Google can link to it. Second, setup a second post-speech interactive question event that will, of course, smother the heck out of any Democrat response -- and probably crash YouTube in the process.


On January 30 2018, we highlighted the livestream of President Trump’s State of the Union on the google.com homepage. We have historically not promoted the first address to Congress by a new President, which is technically not a State of the Union address. As a result, we didn’t include a promotion on google.com for this address in either 2009 or 2017.

This is also bunk. It ignores the difference between promoting upcoming and live events. I can't see that they promoted any of Bush's speeches (like in 2008) or even Obama's first SotU in 2010, though it did promote a question/answer session with Obama after the 2010 speech. Thus, the 2017 trend has only a single data point.

My explanation is better: Obama had a media savvy team that reached out to them, whereas Trump didn't. But you see the problem for a PR flack: while they know they have no corporate policy to be biased against Trump, at the same time, they don't necessarily have an explanation, either. They can point to data, such as the live promotion page, but they can't necessarily explain why. An explanation like mine is harder for them to reach.

Uhh no the exact same YouTube channel is used.for the President. All this really shows is that Google has a bias. They don't promote the State of the Union address which is live streamed every single time by the same channel but they promote a Democrat party response to Donald Trump's address? Yeah that doesn't sound like failed PR that sounds like collusion.