Censorship vs. the memes

The most annoying thing in any conversation is when people drop a meme bomb, some simple concept they've heard elsewhere in a nice package that they really haven't thought through, which takes time and nuance to rebut. These memes are often bankrupt of any meaning.

When discussing censorship, which is wildly popular these days, people keep repeating these same memes to justify it:
This post takes some time to discuss these memes, so I can refer back to it later, instead of repeating the argument every time some new person repeats the same old meme.


You can't yell fire in a crowded movie theater

This phrase was first used in the Supreme Court decision Schenck v. United States to justify outlawing protests against the draft. Unless you also believe the government can jail you for protesting the draft, then the phrase is bankrupt of all meaning.

In other words, how can it be used to justify the thing you are trying to censor and yet be an invalid justification for censoring those things (like draft protests) you don't want censored?

But this speech is harmful or invalid

That's what everyone says. In the history of censorship, nobody has ever wanted to censor good speech, only speech they claimed was objectively bad, invalid, unreasonable, malicious, or otherwise harmful

It's just that everybody has different definitions of what, actually is bad, harmful, or invalid. It's like the movie theater quote. For example, China's constitution proclaims freedom of speech, yet the government blocks all mention of the Tienanmen Square massacre because it's harmful. It's "Great Firewall of China" is famous for blocking most of the content of the Internet that the government claims harms its citizens. 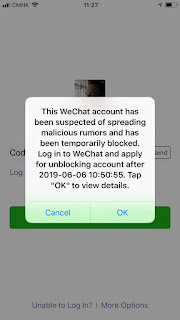 I put some photos of the Tiananmen anniversary mass vigil in #Hongkong last night onto Wechat and my account has been suspended for “spreading malicious rumours”. The #China of today... pic.twitter.com/F6e2exsgGE
— Stephen McDonell (@StephenMcDonell) June 5, 2019


At least in case of movie theaters, the harm of shouting "fire" is immediate and direct. In all these other cases, the harm is many steps removed. Many want to censor anti-vaxxers, because their speech kills children. But the speech doesn't, the virus does. By extension, those not getting vaccinations may harm people by getting infected and passing the disease on. But the speech itself is many steps removed from this, and there's plenty of opportunity to counter this bad speech with good speech.

Thus, this argument becomes that all speech can be censored, because I can also argue that some harm will come from it.

This is just a logical fallacy, using different definitions of "tolerance". The word means "putting up with those who disagree with you". The "paradox" comes from allowing people free-speech who want to restrict free-speech.

But people are shifting the definition of "tolerance" to refer to white-supremacists, homophobes, and misogynists. That's also intolerance, of people different than you, but it's not the same intolerance Popper is talking about. It's not a paradox allowing the free-speech of homophobes, because they aren't trying to restrict anybody else's free-speech.

Today's white-supremacists in the United States don't oppose free-speech, quite the opposite. They champion free-speech, and complain the most about restrictions on their speech. Popper's Paradox doesn't apply to them. Sure, the old Nazi's in Germany also restricted free-speech, but that's distinct from their racism, and not what modern neo-Nazi's are championing.

Ironically, the intolerant people Popper refers to in his Paradox are precisely the ones quoting it with the goal of restricting speech. Sure, you may be tolerant in every other respect (foreigners, other races, other religions, gays, etc.), but if you want to censor free-speech, you are intolerant of people who disagree with you. Popper wasn't an advocate of censorship, his paradox wasn't an excuse to censor people. He believed that "diversity of opinions must never be interfered with". 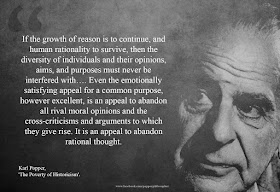 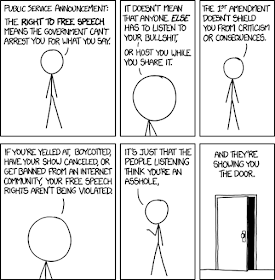 Our rights derive from underlying values of tolerance and pluralism. We value the fact that even those who disagree with us can speak freely. The word "censorship" applies both to government and private organizations, because both can impact those values, both can restrict our ability to speak.

Private organizations can moderate content without it being "censorship". On the same page where Wikipedia states that it won't censor even "exceedingly objectionable/offensive" content, it also says:


Wikipedia is free and open, but restricts both freedom and openness where they interfere with creating an encyclopedia.

Another way of describing the difference is the recent demonetization of Steven Crowder's channel by YouTube. People claim YouTube should've acted earlier, but didn't because they are greedy. This argument demonstrates their intolerance. They aren't arguing that YouTube should remove content in order to achieve its goals of making money. They are arguing that YouTube should remove content they object to, despite hurting the goal of making money. The first wouldn't be censorship, the second most definitely is.

So let's say you are a podcaster. Certainly, don't invite somebody like Crowder on your show, for whatever reason you want. That's not censorship. Let's say you do invite him on your show, and then people complain. That's also not censorship, because people should speak out against things they don't like. But now let's say that people pressure/coerce you into removing Crowder, who aren't listeners to your show anyway, just because they don't want anybody to hear what Crowder has to say. That's censorship.

That's what happened recently with Mark Hurd, a congressman from Texas who has sponsored cybersecurity legislation, who was invited to speak at Black Hat, a cybersecurity conference. Many people who disliked his non-cybersecurity politics objected and pressured Black Hat into dis-inviting him. That's censorship. It's one side who refuse to tolerate a politician of the opposing side.

All these arguments about public vs. private censorship are repeats of those made for decades. You can see them here in this TV show (WKRP in Cincinati) about Christian groups trying to censor obscene song lyrics, which was a big thing in the 1980s. 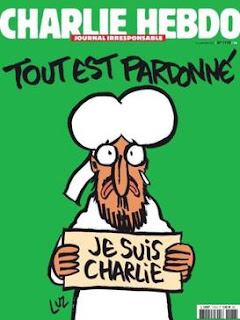 This section has so far been about social media, but the same applies to private individuals. When terrorists (private individuals) killed half the staff at Charlie Hebdo for making cartoons featuring Muhamed, everyone agreed this was a freedom of speech issue. When South Park was censored due to threats from Islamic terrorists, people likewise claimed it was a free speech issue.

In Russia, the police rarely arrests journalists. Instead, youth groups and thugs beat them up. Russia has one of the worst track records on freedom of speech, but it's mostly private individuals who are responsible, not their government.

These days in America, people justify Antifa's militancy, which tries to restrict the free speech of those they label as "fascists", because it's not government restrictions. It's just private individuals attacking other private individuals. It's no more justified than any of these other violence attacks on speech.

The previous parts are old memes. There's a new meme, that somehow Twitter "blocks" are related to free-speech.

That's nonsense. If I block you on Twitter, then the only speech I'm preventing you from seeing is my own. It also prevents me from seeing some (but not all) stuff you post, but again, the only one affected by this block is me. It doesn't stop others from seeing your content. Censorship is about stopping others from hearing speech that I object to. If there's no others involved, it's not censorship. In particular, while you are free to speak anything you want, I'm likewise free to ignore you.

Sure, there are separate concerns when the President simultaneously uses his Twitter account for official business and also blocks people. That's a can of worms that I don't want to get into. But it doesn't apply to us individuals.

The pro-censorship arguments people are making today are the same arguments people have been making for thousands of years, such as when ancient Rome had the office of "censor" who (among other duties) was tasked with restricting harmful speech. Those arguing for censorship of speech they don't like believe that somehow their arguments are different. They aren't. It's the same bankrupt memes made over and over.