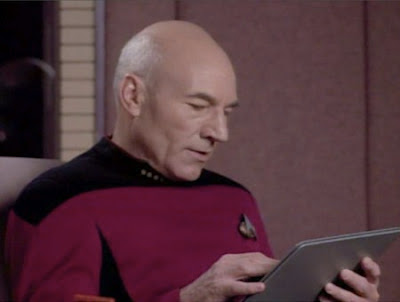 If you are thinking about getting a Kindle Fire, you should probably get a Nexus 7 (with Kindle app) instead, since they both cost $199. Nexus7 weighs less, has higher resolution, and lasts slightly longer on battery. Whereas the KindleFire is just a Kindle, the Nexus7 is more competitive with iPad.

Both are 7-inch tablets running Android operating system. The Nexus7 has the latest hardware/software, whereas the Kindlefire is a couple years out-of-date (yes, KindleFire is 6 months old, but it's tech is older). Amazon is rumored to be refreshing KindleFire soon.

The weight makes it much easier to hold. The higher resolution screen is much nicer to read. The battery life is slightly longer.

It's not just the device, but also the cloud, and the social. All your Kindle content is held within the cloud, as is your "Google Play" content. But Google has a lot more "social" features. When I turned on my device, its top "Recommended Apps" was "Orbot: Tor on Android". That's because in my Google social circles are people who downloaded this app and recommended it. It was a weird bit of mind-reading, as that was indeed top of my list of applications I wanted to download (after the Kindle app).

One possible reason to get the KindleFire instead is that it's more focused on eBook reading, and therefore possibly better as a gift to somebody who is computer illiterate and just wants to read books.
By Robert Graham

How can it not have an accelerometer? How will it change orientation or play racing games?

Wait, iSupply says it does have an accelerometer. I think it's just the Kindle without it.

I think your last sentence is stretching logic. If someone just wanted to read, they can get a cheaper and longer battery life black and white kindle. With the Nexus 7, people have the freedom to install the Amazon App Store app and the Kindle App in addition to everything full Android offers.

However, I wouldn't mind seeing a price war between Google/Asus and Amazon. It's possible Amazon can come out with similar hardware but at a much lower price but with locked software. That might force Asus to lower the price on the 16 GB model which can probably sold at $199 with a thin profit and then eliminate the 8 GB model.

I must be the only person who cannot use Orbot on my Nexus 7... I'm rooted, and the professionals have said it's possible to do without a custom kernel, but I've had no luck.

Anyway, that's why I'm here... wondering if you've managed to use Orbot successfully!

Keep in mind that the android version is probably not a huge issue, I'm sure there'll be plenty of aftermarket 4.1 romes available soon enough.