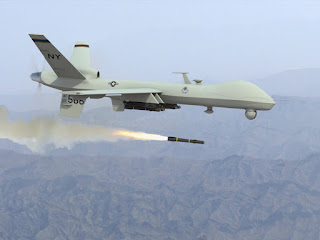 Today President Obama gave a speech taking credit for assassinating an American citizen. His justification was:


And as President, I would have been derelict in my duty had I not authorized the strike that took out Awlaki

So what, precisely, is the president's duty? The following is the entire oath of office he took as president:

I have no doubt Awlaki was a really bad guy who deserved to be killed. I'm sure had Awlaki not been killed, his actions would have led to more American deaths in the future. None of that matters. Nothing in the constitution allows that as an exception. Awlaki was a citizen, he had rights.

This country has hundreds of cybersec/hacking experts who are more of a "threat" than Awlaki. Sure, we all work for the "good" side, but at the same time, we have the skill to conduct the worst cyberterrorism scenarios. We can cause mass blackouts. We can cause refineries to blow up. We can cause the automated drug delivery systems in hospitals to dispense the wrong drugs. We can cause a financial network to collapse. The only thing stopping us is because we don't want to. The moment the government suspects we might be up to something evil, we can expect a drone strike taking us out.

According to leaks, this policy of targeting American citizens started under the Republican President George Bush, and was simply continued by the Democrat President Barrack Obama. This isn't a political argument, but a principled one. Both deserve to be impeached for this policy.

The constitution guarantees for every citizen the right to due process and equal protection.

Actually, the relevant portions of the Constitution, the 5th and 14th Amendments, guarantee these for all people, and don't mention "citizens" at all. This radical hermeneutic practice that reads the word "citizen" into all sorts of places it was never written is an exemplar of the judicial slippery slope. Of course I don't blame you for this confusion; it is the fault of generations of office-holders in all three branches who respected the Constitution just as little as our current President.

It's even worse than that. According to what I've read, it's not even clear that Awlaki was a significant threat at all.

The day when code-cracking hacker nerds wreak havoc of any kind will be the day when niche-targeted infliction of painful wedgies occurs. ; ]