Nasdaq is neither in New York nor on the Internet

Today's new coverage of the Nasdaq outage included pictures from New York City and speculation it was due to a hacker DDoS attack. Neither reflect the truth.

The Nasdaq market is not located on Wall Street. Iconic pictures of the Wall Street sign or charging bull have nothing to do with the story. Worse yet is the footage of a hectic trading floor: Nasdaq is all electronic, that trading floor is their competitor, the New York Stock Exchange. Sure, Nasdaq has a few Wall Street offices (coincidentally, overlooking Zucotti Park, home of Occupy Wall Street), but only minor business functions take place there, not stock trading.

Even less accurate are the depictions of the Nasdaq video wall on  Time Square, their "MarketSite". That really is just a billboard with a television studio, and nothing more. Even less happens there than at the Wall Street location.

The actually location of the Nasdaq market, where the computers process trades, is in their primary data center in in Carteret, New Jersey, and a backup data center in Ashburn, Virginia. At least, I think, that's where they advertise direct connections to their trading computers. A few years ago their primary data center was in Trumbull, Connecticut, but I think the moved it. While it's not a terribly big secret where the computers are located, neither does Nasdaq make it hard to find, so I can't confirm this. Wherever they are, they aren't in New York City.

While the Nasdaq market is computerized, it's not really on the Internet. There's no way to DDoS it from the Internet. Sure, there's a path to the Internet, many of the ubiquitous Bloomberg terminals on the Internet can eventually cause trades to happen, but fundamentally the market has it's own private network. Trades can continue in the face of any sort of DDoS attack.

As this Wall Street Journal story points out, the main cause of Nasdaq failures in the past has been squirrels electrocuting themselves, causing power outages. As @attritionorg likes to point out, it's squirrels not hackers that are the chief threat to a stable power grid.


Below is the Google Street View picture of their NJ data center. That's what news stories should include, not Wall Street or Times Square: 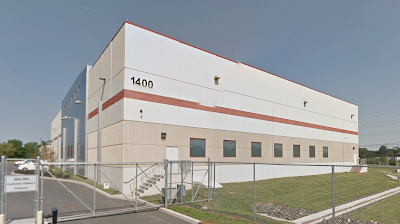 So squirrels are the new bugs?

Hordes of Chinese tourists are taking pictures of the bull and trying to plug their laptops in it.

"While it's not a terribly big secret where the computers are located, neither does Nasdaq make it hard to find,"

Exactly, This is a modern and fantastic website about financial market. It is a very important for us. So, I like your web site surely. Thank's for make this informational website. If you want more informastion about stock charts to visit stock charts typically the graph and or chart is going to demonstrate a lot more element, because equally innovative standard as well as taper will be a lot more frequently. A quality principal graph and or chart has to be 15- as well as 30-minute chart. You could possibly actually get with an constant graph and or chart, but if your positions carry on away from two days. To find fundamental program not to mention challenge ranges, look at the 3 hour or so as well as on a daily basis timeframe. Find a 1, 5, as well as 15-minute time schedule to assist you to occasion the synonyms not to mention exits. It is easy to location quickly purpose transformations a lot more easily.

its good to know about Nasdaq..its nor located in the Google map???