"The Fifth Estate": a consensual hallucination 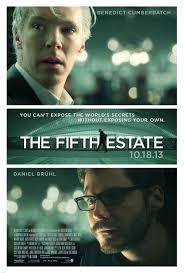 The movie "The Fifth Estate" is about Julian Assange and Wikileaks. I thought I'd write up some comments, as an expert in the hacker culture from which this thing arose.

For example, if you read Wikipedia (same prefix "wiki", but no relation) on "Wikileaks", you'll see numerous falsehoods. Wikipedia credits Wikileaks with lots of leaks they had nothing to do with, such as the Sarah Palin e-mails, Climategate e-mails, and Scientology manuals. In these three cases, I personally downloaded the same content onto my computer from other sources hours, days, or years (respectively) before they became available on the Wikileaks site. Wikileaks plagiarized and took credit for these leaks -- but was in no way responsible for the leaks themselves.

Even in the case of non-plagiarized leaks, such as the Bradley/Chelsea Manning leaks, how much credit does Wikileaks deserve vs. the traditional newspapers and Manning herself/himself? It's Manning who did the work getting the content, and it's the newspapers who did the work putting the leaks in context, taking meaningless diplomatic jargon and explaining why it mattered.

What this demonstrates is that Wikileaks is a not real site/organization, it's just a consensual delusion in everybody's mind. Nobody is willing to challenge this delusion, not the "Fifth Estate" movie, not Wikipedia, not traditional media. You'd think that at minimum, traditional journalists would challenge Wikileaks on its obvious plagiarism of materials previously posted on other sites, but no, but they won't. Readers want to read about the awesomeness of Wikileaks, not its craptitude. Sure, the movie depicts Assange as a jerk, because people love that trope of a flawed leader, but nobody wants to read about plagiarism, because it's boring.

One of the least examined problems is the origin of Wikileaks. There is a chicken-and-egg problem: you can't build a credible leaks site unless people have already sent you leaks, but nobody is going to send you leaks unless you have a credible site. That hints that Assange had a source of "leaks" that predates Wikileaks.

I'm only guessing here, but I'll bet my guesses are closer to the truth than the Truth(tm) you'll read from official stories. My guess is that it's Assange himself who is the origin of the first leaks.

Assange was an early hacktivist along the same lines as modern "Anonymous" hacktivists. These hacktivists aren't very good hackers, but they don't have to be be because so many computer sites have obvious vulnerabilities like "SQL injection". The easiest things to hack are government websites in third world dictatorships. The local telcom is run by a cousin of the dictator. This guy tells the IT workers to "make it work or you are fired" -- and by "fired" they mean "firing squad". Therefore, instead of warning the leader of the obvious security problems, the workers put up websites full of holes. Once hacktivists break in, they have access to everything, including secret emails by the government. The only barrier is the language barrier, there are no technical barriers to hacking in such third-world dictatorships.

So imagine Assange 10 years ago. He's hacked into computer systems of Kenya and Sudan, where English is often used for official business. He's got hot documents, but he's got a quandary. On one hand, he wants to publish them anonymously, so he can't get arrested for hacking. But on the other hand, he wants to take credit for them, to get all the fame. How does he do this? The obvious answer is to create a "leaks" site and claim the documents were submitted anonymously. The purpose of the early Wikileaks is not to protect leakers but to protect Assange himself.

But once he got the ball rolling, it started to take on a life of its own. That happens a lot on the Internet.

For example, last month, some friends an I were talking trash on Twitter, as I'm wont to do during breaks in late-night coding sessions. This gets a ball rolling, and days later I'm on TV and being quoted in the international media as an expert in crowdfunding vulnerability research. Interviewers kept asking serious questions, like what the "plan" is behind the website, but there was no plan. I was as mystified as anybody what's was on -- even though I was the guy who created the site.

This is the reality of the Internet. Nobody has a plan. Sure, we work to build things, and they may end up in the general direction where we planned them, but everything takes on a life of its own as the mass consciousness and the consensual hallucination takes hold. The founders of anything successful describe, in retrospect, how they planned things, but the reality is that nothing ever goes according to plan.

And that's what happened to Assange. He puts together a site with a few leaks of his own, then plagiarizes some other leaks. Then, somebody takes him seriously and sends him a real leak. Then people join his "organization" falsely believing it's a real organization with hardworking volunteers, and not just a mailing list of blowhards -- thus making the lie now the truth. Then a bank takes his site offline, which gives him more publicity than he could've imagined, and now he really does have hundreds of supporters throughout the world helping him fight censorship. And then some stupid Pfc in the Army takes him serious enough to dump the largest leak in history in his lap. Assange didn't plan any of this this, he couldn't have anticipated Manning. Things just escalated from a minor delusion on Assange's part into a mass delusion on everyone's part.

Assange isn't the "flawed leader" the movie portrays him as. He's just a small, socially awkward hacker that lucked into things, causing everyone around him to take his delusion seriously. Once this thing took off, he's just been following this mass hallucination with the rest of us, with very little control where it's heading.


Update: Here is a video of Julian Assange taking credit for "releasing" the "Climategate" emails, when in fact he played no part in the event: those emails were widely available all over the Internet days before Wikileaks "released" them.

Update: An earlier draft of this post pointed to Stratfor emails as an example of something I had an earlier copy of from public sources. Reviewing my dump files, it appears I was wrong. Anonymous (Jeremy Hammond) had dumped only the user accounts publicly (my download was Dec 30), apparently he published the emails separately through Wikileaks on Feb 25. Therefore, I removed it from my list.

Envy and antipathy is never a good motivator and this article drips over with it.

You say that he plagiarized leaks. But wasn't the point of Wikileaks to also be leak aggregation? How do we draw a line between stealing leaks and reposting leaks so more people see them?

Even though your theory of the origin of Wikileaks is very plausible, you have to acknowledge that it is present today and not a hallucination. Irrespective of how much governments try to fight it in order to reduce embarrassments caused by leaks, the number of supporters of organizations like Wikileaks is inversely proportional to how much citizens feel their governments represent them and their views of the world. Both Manning and Snowden are examples of that. Wikileaks is not a god, it is a rejection of the status quo mandated by governmental systems.