.
In this WIRED article, a scientifically illiterate writer explains "science literacy". It's as horrid as you'd expect. He preaches the Aristotelian version of science that Galileo proved wrong centuries ago. His thesis is that science isn't about knowing scientific facts, but being able to think scientifically. He then claims that thinking scientifically is all about building models of how the world works.

This is profoundly wrong. Science is about observation and experimental testing of theories.

For example, consider the following question. If you had two balls of the same size, one made of lead and the other made of wood, and you dropped them at the same time, which would hit the ground first (ignoring air resistance)? For thousands of years Aristotelian scientists claimed that heavier objects fell faster, purely by reasoning about the problem. It wasn't until the time of Galileo that scientists conducted the experiment and observed that these balls hit the ground at the same time. In other words, all objects fall at the same speed, regardless or size or weight (ignoring air resistance). Feathers fall as fast as lead on the moon. If you don't believe me, drop different objects from a building and observe for yourself.

Likewise, Aristotle taught that men had more teeth than women, you know, because that makes logical sense. Galileo first got in trouble with the "scientists" of his time by actually asking people to open their mouths and counting their teeth. As it turns out, men and women have the same number of teeth.

The WIRED writer poses a similar question about a fan pushing an object across a frictionless surface. It's a silly question because, presumably, we are supposed to assume air exists for the fan to work, but that air doesn't exist to slow things down. In any event, you can't really reason about this without first learning the scientific theories of "mass" and Newtonian equations like F=MA. These theories were developed based on observation. The writer demands that to "do science" means approaching this problem from an Aristotelian method of reasoning, divorced from previous scientific observations. 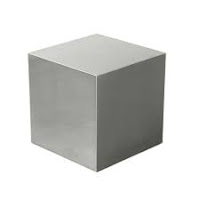 Similarly, he poses the question about the phases of the moon if it were a cube instead of a sphere. Well, this has complications. I doubt the face of the moon would appear to be a square, as my understanding of orbital mechanics suggests that it'd be a corner facing the earth instead of a square side (assuming it would stay tidally locked). But even assuming we got a cubic face, then there are still the problems of inclined orbits and libration. Finally, he poses the question right at the precise moment between when such a side would emerge from the shadow and become lit -- so therefore it's impossible to say whether the side would be dark or lit. It's stupid reasoning about this -- it's something that ought to be observed -- if only with a computer model. I guess the thing you ought to learn is that the entire face of the cube is either all light or all dark, unlike a sphere which gets partially lit

That WIRED writer says science is not about knowing the difference between a "planet" and a "dwarf planet" like Pluto. He's wrong. Pluto is much smaller than the 8 planets. Whereas the 8 planets have nearly circular orbits in the same plane, Pluto has a highly elliptical orbit that takes it sometimes inside the orbit of Neptune and far above the orbital plane of the other planets. Moreover, in recent years, we have observed many other Pluto-sized objects that share these same characteristics with Pluto (like "Eris", which is more massive than Pluto). Yes, the names that we give these things don't matter, but the observed differences matter a heck of a lot. Science is about knowing these observations. That we teach students the names of planets, but not what what we observe about them, is a travesty that leads to illiteracy. 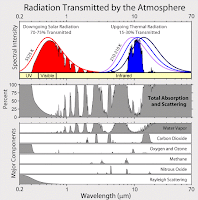 Science is sadly politicized, such as with issues like Climate-Change/Global-Warming. We are expected to believe Science as some sort of religion, where the common people are unable to read the Latin Bible. We are not expected to understand things like "absorption spectra" or "thermal infrared".  To point out that scientific observations have shown that hurricanes haven't, in fact, gotten worse is considered heresy, because it denies computer models that claim hurricanes will get worse. Climate change is a problem we need to address, but with science rather than current scientific illiteracy and quasi-religious dogma.


Scientific literacy starts with understanding what science is, namely that it's based on observation, coming up with theories/hypotheses to explain the observations, then relentlessly testing those theories, trying to prove them wrong. Secondly, scientific literacy means learning the observations made by scientists over the last few hundred years. We don't have to come up with F=MA or the speed-of-light ourselves, but learn from previous scientists. Believing in Evolution doesn't make you scientifically literate, understanding radioisotope dating and rock strata does.

What this WIRED article highlights is that Aristotelian science illiteracy is so pervasive it even infects science writers at major publications. What you should do about this is pick up a book and try to cure your own illiteracy. Really, any high-school textbook should do.

On the other hand, Aristotelian Science is still relevant today – theoretical physics relies heavily on it to develop theories based on a multitude of anecdotes and logical reasoning.

Just one example is the theory of relativity.

"Science is about observation and experimental testing of theories."

Perhaps I am being too picky though.

Although i do dislike the nebulous term of "science" (buts this is a gripe against society not this article) as if its a definite thing, rather than a collection of techniques and abstractions to extract fundamental patterns from a system under observation, for the same reasons i dislike "security" when used as if its a concrete tangible state rather than a philosophy that should pervade through every aspect of a design/system/implementation/organization.

In short, you dont DO science, much like you dont DO security, rather you practice the dicipline's and apply the principles.


Nevertheless, there are number of rational constructs that are apparently non-observable but play a role in science. For example, Cantor's notions of multiple infinities. Your pure view of experimental science tends to ignore the question, "where do the hypotheses come from?" Maybe more important, it has tended to relegate rational thought to a tainted domain, throwing out the baby with the wash.

Could you please elaborate? I don't get it.