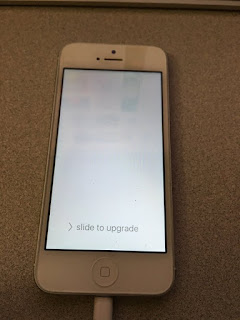 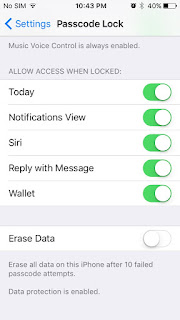 
Specifically, the court suggests that this be done with a firmware update, but with a unique ID specific to this particular phone, so that the FBI can't just then load that firmware on any phone. The otherwise awesome Mike Masnick suggests the court is ordering Apple to "create a backdoor" instead of just "decrypt". I disagree with that logic, it really is just about decrypting this one phone.
By Robert Graham

"it really is just about decrypting this one phone"
This case is just that, but the precedent has larger implications.

"it really is just about decrypting this one phone"
No, it really isn't. It's about setting precedents and gaining tools that will allow the government to get access to ANY device.

ANY device has technical security flaws. Forcing the manufacturer to go back and find and exploit those flaws, and then hand over a tool that automates that exploitation process is a serious security issue.

Even if the FBI pinky swears not to use it for any other device (yeah right, not until they decide they "Need" to), and to keep it out of the wrong hands...

The same way Lois Lerner just accidentally deleted and physically destroyed every drive that ever touched her emails, and then destroyed the backups that they were required by law to keep.

The same way the OPM spoon-fed millions of people's identities to hackers.

The same way the Veterans Affairs Department gave away tens of thousands of veterans' identities away, making veterans the single greatest targets for identify theft.

The same way the NSA prevented Snowden from exposing their activities.

The same way the DOD prevented Manning and Assange from leaking their secrets.

If this is a business phone, why can't the administrator of the device from the perpetrator's employer use admin tools to access the device? Did they not use central administration that would allow them access to the device after it was configured?

Based on the DOJ's motion, Apple is merely being asked to disable the delay between passcode guesses and the erasure of data if there are too many bad guesses.

How did you decide that would take 2000 hours?

I've used a limera1n-based exploit to recover data from a locked iPhone4 before, and that's a well-enough known procedure that there's commercial software doing the same by this point. Doesn't work on the 4s or any of the 5-gen hardware, though. That software can run even without using the conventional iPhone OS upgrade system, just Recovery mode and a USB cable, even to an untrusted machine.

Indeed, this sort of thing is intentional -- if you every do a "DFU mode" recovery from iTunes, you're using a more specific variation on the same concept. Running a full firmware update to disk from iTunes will frag data, but a signed ramdisk will run fine.

ih8sn0w claims to have an iBoot exploit that would likely allow access from Recovery Mode in the same manner in A5 (4s), expandable to A6 (5c) and A7 (5s) chips, but he's not released it and some of the tweets have implied that it's really hard. There's also some question whether the Secure Enclave in A7- or later devices would erase the internal keys if fiddled with enough, though chances are pretty good Apple could get past that: there have been updates to the SE in the past.

Why can't the FBI pull the flash out of the phone and then dump the flash to one of their servers. Then have 10,000 computers guess at the password and decrypt the data as it sits in server memory.