Newsweek (the magazine famous for outing the real Satoshi Nakamoto) has a story about how a variant of the Mirai botnet is mining bitcoin. They fail to run the numbers.

The story repeats a claim by Mcafee that 2.5 million devices were infected with Mirai at some point in 2016. If they were all mining bitcoin, how much money would the hackers be earning?

I bought security cameras and infected them with Mirai. A typical example of the CPU running on an IoT device is an ARM926EJ-S processor. 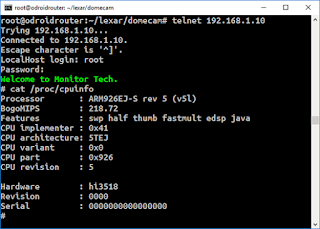 As this website reports, such a processor running at 1.2 GHz can mine at a rate of 0.187-megahashes/second. That's a bit fast for an IoT device, most are slower, some are faster, we'll just use this as the average.

According to this website, the current hash-rate of all minters is around 4-million terahashes/second. 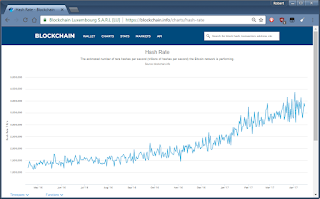 Bitcoin blocks are mined every 10 minutes, with the current (April 2017) reward set at 12.5 bitcoins per block, giving roughly 1800 bitcoins/day in reward. 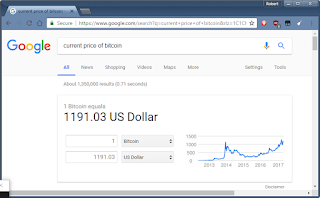 Okay, let's plug all these numbers in:
In other words, if the entire Mirai botnet of 2.5 million IoT devices was furiously mining bitcoin, it's total earnings would be $0.25 (25 cents) per day.

If 2.5 million IoT devices mine Bitcoin, they'd earn in total 25 pennies per day. It's inconceivable that anybody would add bitcoin mining to the Mirai botnet other than as a joke.

Bonus: A single 5 kilogram device you hold in your hand can mind at 12.5 terahashes/second, or 25 times the hypothetical botnet, for $1200.
By Robert Graham

For the sake of completness, maybe you could compare with some coins which are still minable with CPU like ETH or ZEC ?

Seems like you could find this gps tracking spy application